Too cool. I’m terrible at all knots, even shoelaces. Mer is much more skilled. Maybe she’ll learn this one. There’s even jargon: bights and bitter ends. peace, mjh

PHOTO 1 & 2:  Place bights of the two lines together, one on top of the other, so that the bitter ends lead away in opposite directions on outboard sides of the bights. PHOTO 3 & 4: Pass each bitter end around its own bight and the other bight, lead them out opposite sides of the knot, and tighten it up.

Airships are coming back (really!). 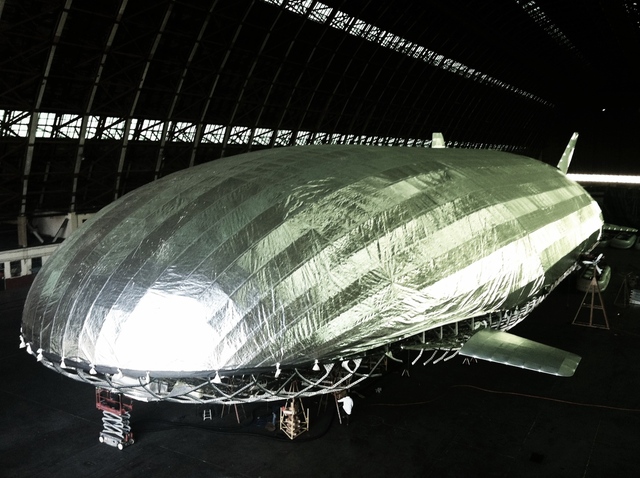 Earlier this month, Aeroscraft — a 36,000-pound airship prototype — successfully lifted off for the first time at its California hangar. Funded by DARPA, NASA, and the US Department of Defense, the 230-foot long lighter-than-air vehicle’s frame is made of aluminum and carbon fiber, and is covered in a reflective Mylar skin. The Aeroscraft works by pressurizing helium — the blimp-like aircraft is less buoyant when the gas is condensed, but when the helium is released, it displaces the heavier air and lifts the Aeroscraft.

The Aeroscraft uses about one-third of the fuel of conventional aircraft, and because it can lift off and land vertically, it has no need for runways or ground personnel.