Kris Kobach is charged with investigating Federal elections, yet he LIES about the 2016 results. Our #fakepresident got slightly fewer than 63 million votes. The other candidates got more than 74 million votes, including the nearly 66 million who voted for the winner, Hillary Clinton. 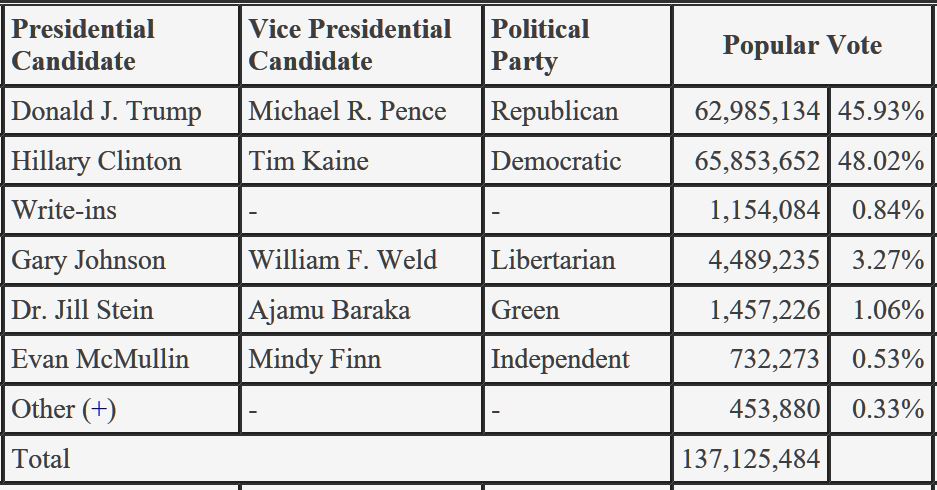 Why aren’t the millions who voted for Johnson, Stein, or McMullin outraged at being ignored?